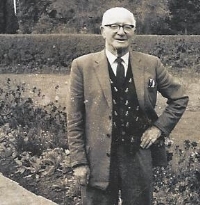 On October 3, 2014, Posted by balmoraladmin , In General, With Comments Off on 5 Generations of the Mackie Family

For 5 generations the Mackie family have been involved in the running of Balmoral Knitwear in Galston. Thomas Mackie, who owned a local carpet spinning factory in Stewarton, was the first to become a Director following the company’s incorporation as a private limited company in 1911.

Thomas Mackie was the son of Thomas McKie (Dyer) who was born in 1791 in Wigtownshire and died in 1869 in Stewarton aged 78. He founded the company Thomas Mackie & Sons Ltd in 1823, who were originally dyers, and then also diversified into the spinning of yarn. Thomas’s son, Robert, left the family business to start his own factory at Holm Street, Stewarton spinning wool and manufacturing bonnets and hosiery around 1845.  In 1983, Thomas Mackie & Sons bought Robert Mackie & Co. Ltd and the yarn spinning and dyeing assets of Thomas Mackies were sold in the early 1990s.

Robert Mackie’s of Stewarton, started by a cousin of the Galston Mackies, is still in functioning today.

In the course of his spinning business, Thomas Mackie supplied William Sharp (Galston) Ltd (as Balmoral Knitwear was originally known) with dyed yarn for knitting. When the company fell on hard times and were struggling to pay their debts, Thomas despatched his youngest son James Wylie Mackie to rescue the company and recover monies due. Thomas was given shares in the business in lieu of the amount owing, and James never returned to the spinning factory in Stewarton. Shortly after WWI, he became the company’s Managing Director in Galston. James worked in the business until he retired at the age of 80 in 1974.

James’ son Ian followed his father into the business starting work at William Sharp in 1947 when he was demobbed from the army after WWII at the age of 20. It was during his tenure that the company became wholly owned by the Mackie family.

In 1981, after qualifying as a solicitor, Ian’s son Jamie started at William Sharp and took over as MD in 1984. It was Jamie who changed the company name to Balmoral Knitwear (Scotland) Ltd in 1991 as he felt it was a much improved brand name and better reflected the nature of the business.  The name Balmoral was also registered as a Trademark to ensure the company had the exclusive intellectual right to use the name on knitted outerwear.

5 Generations of the Mackie Family at Balmoral Knitwear

Jamie’s son Gavin has recently become involved in the business and is using his computer and social media knowledge and skills to bring Balmoral Knitwear into the digital age. 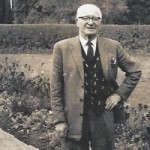 Photo shows James Wylie Mackie wearing his waistcoat that was manufactured and embroidered at Balmoral Knitwear.