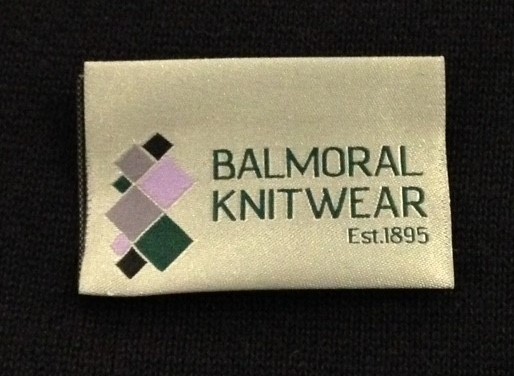 On March 10, 2015, Posted by balmoraladmin , In General, With Comments Off on History of Balmoral Knitwear’s Labels

A History of Balmoral Knitwear’s labels. With over 120 years to our name, Balmoral Knitwear has seen a few changes over the years. One example of this has been the continuous evolution of the back neck labels sewn in to their products.

Up until the Second World War, Balmoral sold their ranges almost exclusively to UK wholesalers who in turn sold on to the high street retailers. These wholesalers naturally wanted to have their garments carry their own brand names labels such as “Hollybank” and “Franpearse” 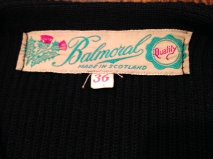 In 1948 exports of colourful embroidered waistcoats to Canada began to take off and a Canadian agent was appointed to encourage sales. It was at this time that garments first started to be sold under the Balmoral name. The picture shows the design of the original label.

This initial design lasted unaltered until the 1970’s when it was recognised as having become too old fashioned and looked dated. 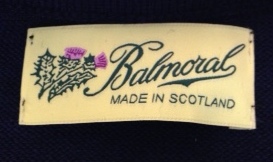 It was replaced by a cleaner more modern looking version but one which retained both the Purple & Green colours and Thistle design.

This label was then re-designed in the 1980’s and resulted in a Crown replacing the Thistle and being all in one colour Green. 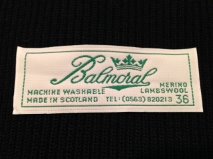 The next change in the history of Balmoral Knitwear’s labels arrived in 1998 with the introduction of a completely new design incorporating a Scots Fir Tree and Balmoral writing in Gold superimposed on to a Purple mountain. The purple was chosen to represent Scottish heather. 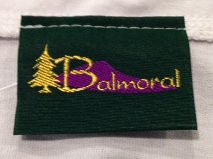 This lighter version was used for white garments, so that the dark colours did not show through. 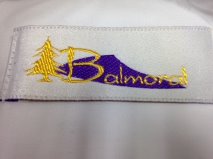 Finally in 2012, we started a comprehensive company re-branding resulted in a significant re-design of the Balmoral Label. The elements of this new look are a logo which represents both a stylised map of Scotland and an intarsia knitted  diamond pattern typically used in classic Scottish Knitwear.

We also have labels that are developed for specific customers and markets:-

The Burnawn Label was specially produced for garments for sale in our own factory retail outlet Balmoral Mill Shop www.balmoralmill.com 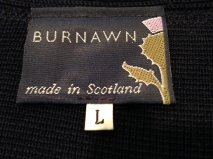 The idea for the name came from one of the rivers that flows alongside the factory and originally provided the power to run the mill machinery.

The Sporting Occasions Label used for a specialist range of garments exported to the North American golf market. 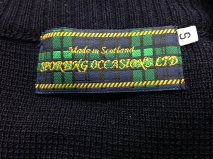 The Weatherwise Label used as a sub-brand for a range of lined wind and waterproof knitwear sty les for the Golf and Outdoor markets. 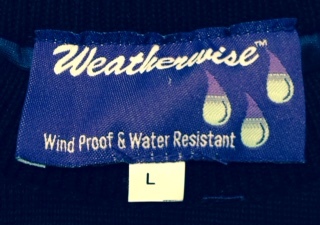 We also re-label garments for customers to use their own branding.